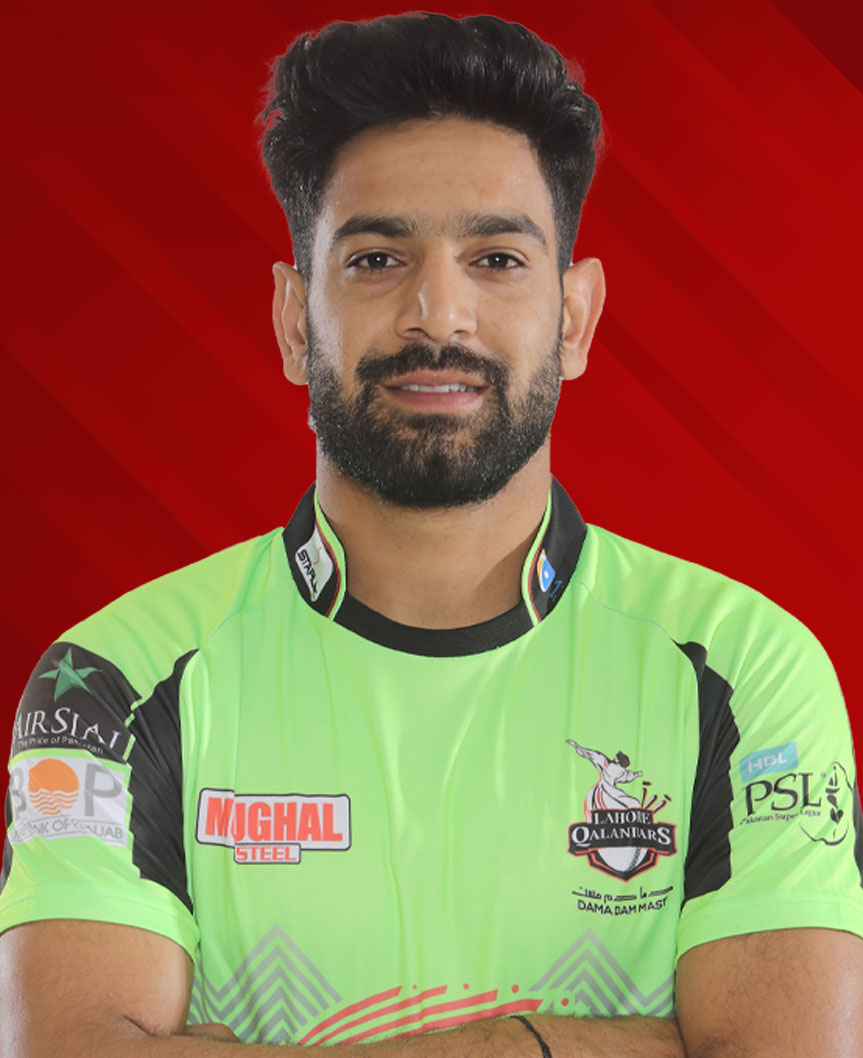 Haris Rauf the fastest bowler in Pakistan, bowls at 150 KPH, Came for trials from Gujranwala in 2017. Haris, who once used to work as a salesman in Rawalpindi, came all the way to Gujranwala in September 2017 to appear in PDP trials by Lahore Qalandars and since then, he has never looked back. He used to play street cricket initially, run on the streets, shadow practicing and rolling his bowling arm over. His family was always against the idea of him playing cricket and considered it as a waste of time. Haris used to sneak out from his house to play cricket and used to get scolded for it. He got registered for the trials in Gujranwala and got selected. He clocked at 92.3mph, which was the fastest recorded delivery in the talent hunt program. He was later sent to the Lahore Qalandars Academy, played for Abu Dhabi T20, Quin Series Australia and many other leagues.