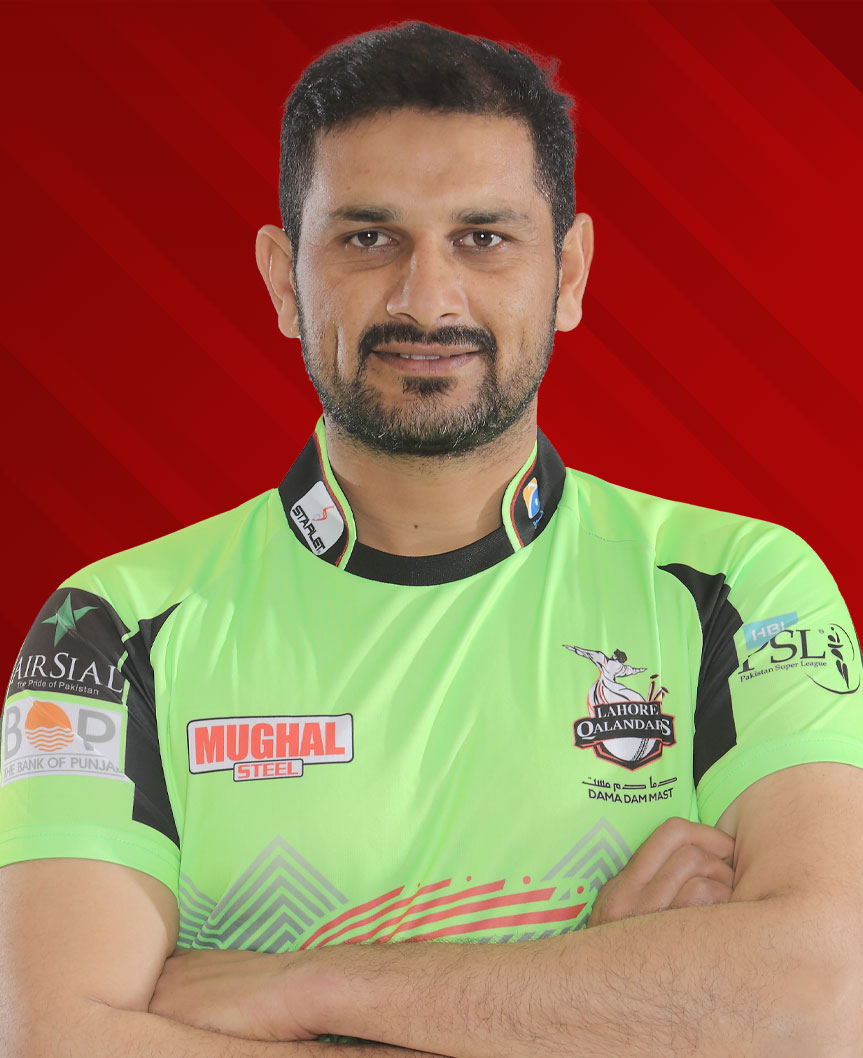 He left cricket in 2008 as he was disappointed with the cricket system in Pakistan. He opted for a 9 to 5 desk job. His life changed when he saw LAHORE QALANDARS PLAYER DEVELOPMENT PROGRAM advertisement in the media. He showed up in Qalandars academy just to try his luck. LAHORE QALANDARS coaches were very impressed with skills and put him on a rehab program under qalandars academy for 6 months. He made a comeback in T20 domestic and was selected in PSL. Now he is a captain of LAHORE QALANDARS squad in ADT20. Aggressive batsman with exceptional hitting ability and can also bowl as well. Knows all the players in the current squad and knows the role of each player.