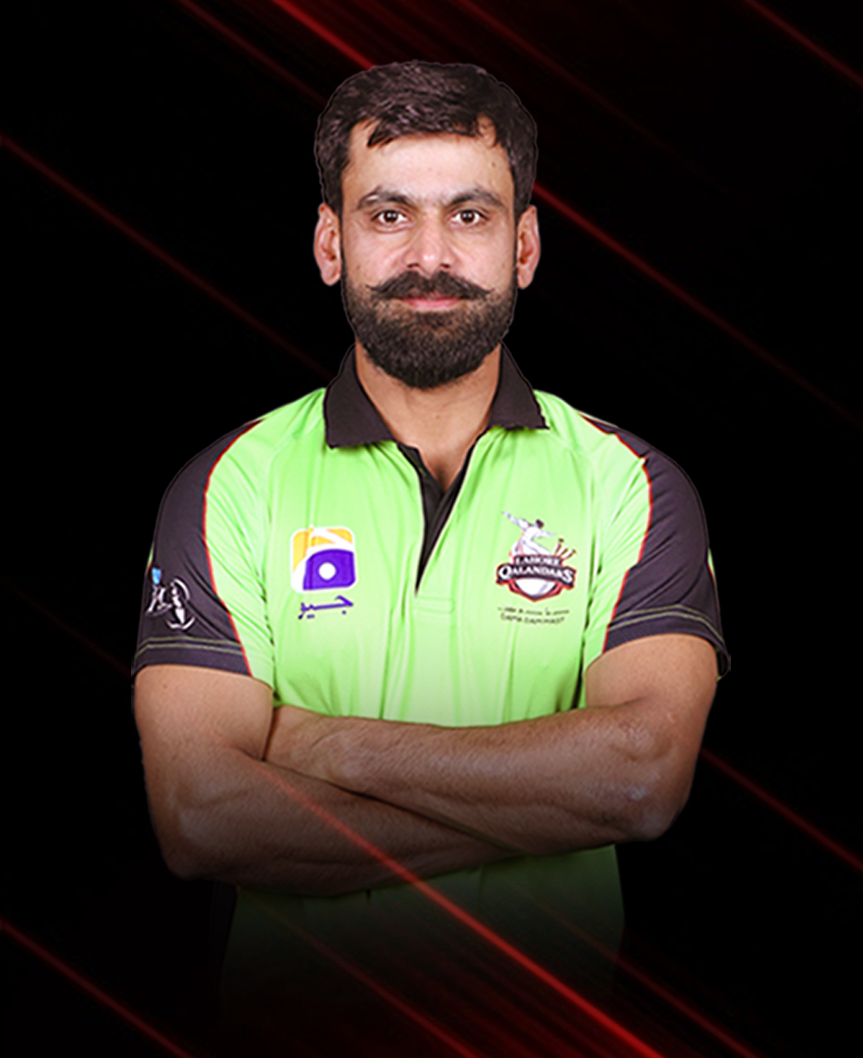 An opening batsman and handy offspin bowler, Mohammad Hafeez first played for Pakistan in 2003, but it was only in 2011 that he finally became a regular in the side in all formats.

As a player, Hafeez gives the team plenty of options: he usually bats aggressively at the top of the order, but his organized technique also means he can switch to defensive mode if required. He doesn’t flight his off-breaks much, but his excellent control over line and length allows the captain to use him at almost any stage of an innings. He is also one of the better fielders in the Pakistan team, especially in the point region.

Despite these skills, Hafeez failed to create a regular place for himself in Pakistan in his first seven years in international cricket, primarily due to his inability to convert his starts into substantial scores. He scored plenty of pretty 30s and 40s, laced with some exquisite cover-drives, but that only helped cement the opinion that Hafeez may forever remain a player whose potential exceeds performance.

To a large extent, that changed in 2011, as Hafeez put in consistent displays with both bat and ball in all forms of the game. It actually started in the series against South Africa in November 2010, and then continued through 2011, a year which fetched him two centuries in Tests and three in ODIs, apart from two fifties in Twenty20 internationals. He won an incredible ten Man-of-the-Match awards in international cricket that year and became only the third cricketer – after Sanath Jayasuriya and Jacques Kallis – to score 1000-plus runs and take 30 or more wickets in ODIs in a calendar year. With Taufeeq Umar, he formed Pakistan’s most stable opening combination in Tests, as his aggression at the top of the order became a perfect counterfoil to Taufeeq’s defensive approach.

Since then, Hafeez has continued to frustrate and amaze, and the frequency with which he can switch from one mode to the other is a large part of his enigma. By many metrics, he’s one of Pakistan’s most prolific cricketers, but arguably also one of the more profligate ones in the way he’s handled his immense talent.

The elegance of the full face of his bat, particularly when driving through the off side, means any runs he scores are more memorable than they otherwise might be – and there have been plenty of them; he’s number 10 on the all-time ODI runs list for Pakistan. There was a century against India in Dhaka that preceded a disappointing barren spell, and then a purple patch against Sri Lanka where he smashed three hundreds in four games in 2013. A swashbuckling unbeaten 57 against India in the Champions Trophy final may ultimately be his most famous innings, as it powered Pakistan to a total they wouldn’t let India get close to.

It is his usefulness with the ball, though, that has kept him lingering around the Pakistan setup for so long. His consistency gives his side another option, which explains the reluctance to drop him even when his stock skill – batting – is letting him down. He has opened the bowling for Pakistan on several occasions – particularly in T20 cricket – and briefly took on the mantle of lead spinner after Saeed Ajmal was banned for an illegal action.

That curse, however, has plagued Hafeez throughout his career too, and he has found himself suspended for an illegal bowling action no less than three times. Tellingly, it is in those periods that his place in the side has been in the greatest peril, as his technical flaws as a batsman appear destined to go largely unremedied. He was ignored for a recent series in Zimbabwe, but for a player with 50 Tests, 200 ODIs, a shade under 100 T20Is, and countless comebacks, one would have to be particularly brave to be writing his eulogy just yet.