Following is the standard procedure we follow for PDP

Players Development Program (PDP) was invented to engage the youth of Pakistan and give a platform to youngsters who weren’t given a chance in the domestic circuit so they could showcase their talent through this platform.

To find undiscovered talent wherever it is possible to reach them and provide them a chance to exhibit and if found worthy, develop and showcase it on a global scale.

Creating hope for talented individuals who do not have resources to nurture their talent and ability to drive a career through cricket.

Youth from all over Punjab was given a chance to register and give trials and the best of the best talent moved forward to achieve their goals.
In the first year 113,000 people registered and gave trials in 8 cities of Punjab: Bahawalpur, Multan, DG Khan, Faisalabad, Sargodha, Gujranwala, Rawalpindi & Lahore. 8 teams (each team had 15 players) were formed which led to a tournament in Gaddafi Stadium Lahore and Faisalabad emerged victorious.
The best 16 players were then given a chance to play with the best Australian Leagues like Sydney Thunder and Sydney Sixers in Australia. Moreover, Yasir Jan, an ambidextrous bowler was found from Rawalpindi in the first season who went on to train in Lord’s and signed a contract with MCC. Along with that, 4 players from PDP went on to join the Lahore Qalandars squad for PSL.

In the second year of PDP there were above 350,000 registrations and above 160,000 people came for trials. Along with Punjab, trials were also held in Azad Kashmir for the very first time in the history of Pakistan cricket. The cities included in the second season of PDP were: Mirpur, Muzaffarabad, Rawalpindi, Sargodha, Layyah, Bahawalpur, Lahore, Gujranwala & Faisalabad. Not only the metropolitan cities were included but also small cities like Layyah were given a chance to showcase their talent. Layyah managed to make it to the finals of the tournament against Sargodha and in the end, Sargodha emerged victorious.
Like the previous year, the best 16 players were given a chance to play in Australia with Australian Leagues with the inclusion of one more franchise; Hobart Hurricanes. Like in the previous year, another player from PDP was added in Lahore Qalandars squad for PSL. Furthermore, 4 best players from PDP also signed contracts with the best cricket clubs in Sydney like Hawkesbury Cricket Club, Paramatta Cricket Club and Western Suburbs Cricket Club.

In the third season, the program was expanded over to Khyber Pakhtunkhwa (KPK) and Gilgit Baltistan. For the very first time, overseas Pakistanis got a chance to participate in the cricket talent hunt and represent their team as Pardesi Qalandars. The Qalandars have witnessed a tremendous response of more than 500,000 players during three years of the player development program. Each year the franchise shortlists over 150 players on merit and their performance, provide them with kit bag essentials and give them opportunity to play a tournament, which was broadcasted on Geo Super. 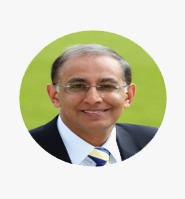 Sports is the future for the world and what Lahore Qalandars is doing is amazing. I wish them all the best in developing players through their Player Development Program. 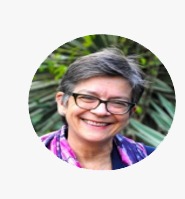 I’m so delighted to see this initiate develop and seeing these magnificent young sports people to do so well and come back with such wonderful results. 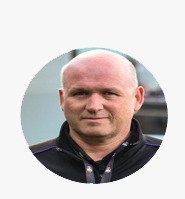 It’s a fantastic concept that Lahore Qalandars has launched. It was great to see many youngsters last year who came to Australia. Lahore Qalandars initiative is going to provide a great opportunity to more youngsters to become professional cricketers. 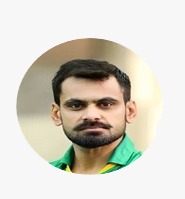